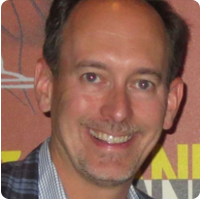 Congratulations to Dr. Randall Markarian of Markarian Orthodontics in Swansea and O’Fallon, IL, for being chosen as SCL’s Orthodontic Provider of the Week! We thank Dr. Markarian and his entire team for the generosity, dedication and outstanding service they provide to our SCL program participants!

Joining the SCL family in 2006, Dr. Markarian and his team continue to be an inspiration to all! They’ve treated 50 kids since 2010; that is over $300,000 in donated services. In 2014, they treated 14 kids essentially clearing out the waiting list in the St. Louis area. Now kids from that area in the SCL program can be placed into treatment within 6 months or less.

In 2011, Dr. Markarian received a Gini Award. Named in honor of founder, Mrs. Virginia Brown, the Gini Awards are given in recognition for going above and beyond in helping to change the lives of children across the country. Last year, he was a presenter at the 4th Annual Gini Awards event.

Born and raised in Illinois, Dr. Markarian has been serving his community since 1994. He received his undergraduate degree from Washignton University in St. Louis; and from there, he went on to Southern Illinois University – School of Dental Medicine. During his time, Dr. Markarian received an award for outstanding research and went to Boston for the American Dental Association meeting to present his findings. Dr. Markarian then received his DMD from SIU – School of Dental Medicine, and began his Orthodontic residency at St. Louis University. Markarian opened his first practice just a few days after completing his Master of Science in Orthodontics.

When Dr. Markarian isn’t creating beautiful smiles, you can find him spending time with his wife and three daughters. He also engages in some pretty interesting activities, like skiing, motorsports, and playing guitar in a local band!