Long Island Goes To The Birds–err, Turkeys–in Support of SCL 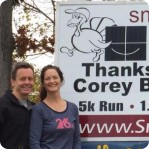 With a fairly warm morning—by New Yorkers’ standards—and festive dinners planned for later on, it was the perfect day for a run! At least that was the attitude of the hundreds of people who participated in the 2014 Smiles Turkey Trot, a 5K run and 1.5-mile walk through Blue Point on Long Island, NY, founded and organized by SCL Provider and member of the SCL Board of Directors, Dr. Frank Egan of Egan Orthodontics. 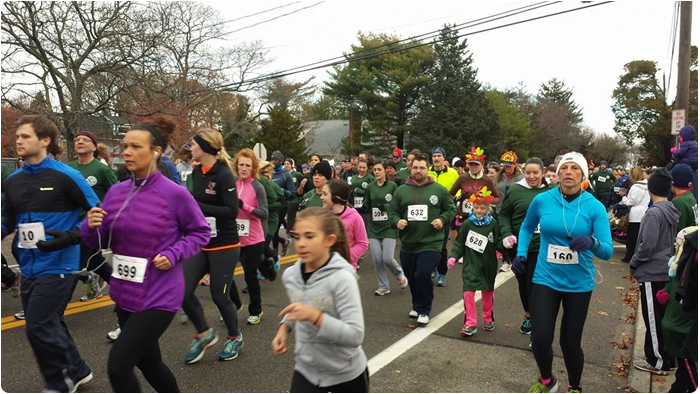 Founded in 2008 and now in its 7th year, the annual event raises thousands of dollars to benefit SCL. Increasingly popular not only among athletes but also among families and general fun-lovers, many participants come dressed in Thanksgiving-themed costumes. Registration for this year’s run reached capacity even before the day of the race. Taking part in this year’s festivities was also SCL Provider Dr. Zack Faber of Faber Orthodontics in Melville, NY, and his entire family, both two-legged and four-legged! 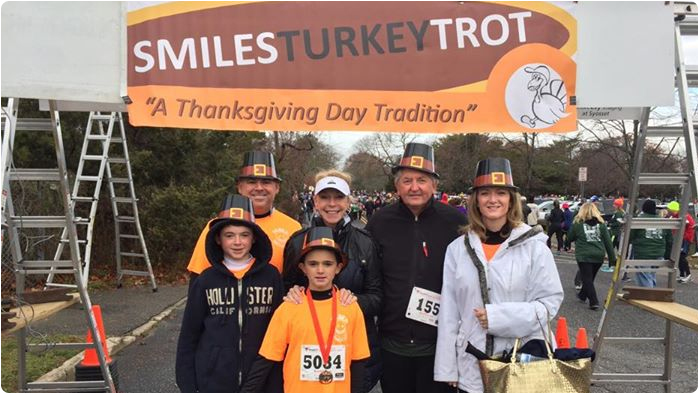 This year’s Smiles Turkey Trot was sponsored by more than 20 companies and organizations, including several dental practices and other firms affiliated with oral health. Members of Boy Scout Troop 329 served as volunteers throughout the run’s course.

“It was another great event! Weather was good. We sold out again, and we’ve only gotten positive feedback,” reports Dr. Egan.

If you’ll be in the New York area and don’t want to miss out on the fun next year, stay tuned to the Smiles Turkey Trot webpage. In line with the jolly spirit of the event and as a bit of an added incentive, keep in mind that the winning runners in the men’s and women’s divisions receive 20-lb. Butterball turkeys! 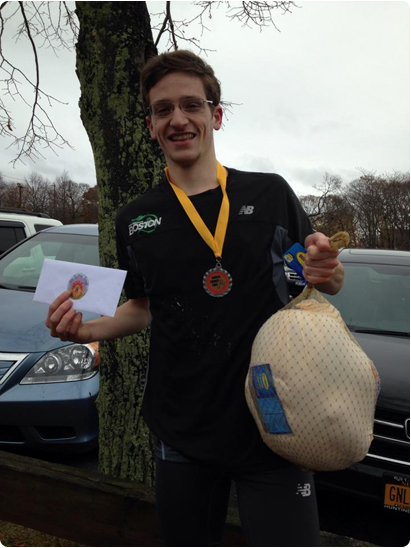 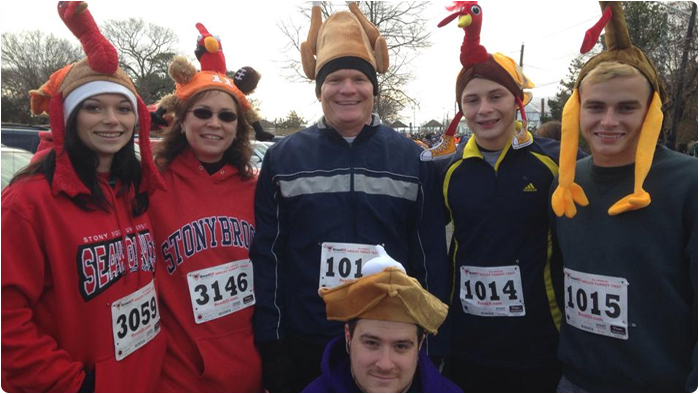