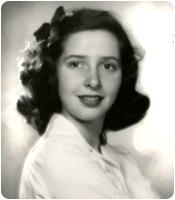 Thousands of children across the United States have something to smile about because of the generosity and vision of Mrs. Virginia Brown. Mrs. Brown grew up during the Great Depression. She and her sister both desperately needed braces, but her parents could only afford treatment for one child. Her sister received orthodontic care first. Mrs. Brown was unable to undergo treatment until she was well into high school. As a result, she endured years of teasing and ridicule from her peers because of her crooked teeth. She hated to have her picture taken and rarely smiled. This experience touched her so deeply she vowed that someday, when she was able, she would take action to help children in need.

In 1983, Mrs. Brown and her late husband, Maurice Brown, formed the Virginia and Maurice Brown Foundation with donor-advised funds at the Greater Kansas City Community Foundation. These funds were earmarked for children in need of facial and oral surgery, particularly those with cleft lip and palate. The Foundation made a major investment in a maxillofacial surgery effort then underway at the University of Kansas. When her husband died after enduring major facial trauma during his battle with sinus cancer, Virginia was more determined than ever to help children who could not afford the treatment necessary to live with dignity and confidence.

Searching for the most effective way to make an impact with her philanthropic passion, Virginia and her son Tom began meeting with experts to discuss gaps in access to medical care for young people. When they discovered no program existed in the United States to help children gain access to orthodontic treatment, they began a partnership with the University of Missouri – Kansas City School of Dentistry. In 1997, an initial grant facilitated treatment for 48 youth in the Kansas City area. This effort marked the formation the Virginia Brown Community Orthodontic Partnership – a nonprofit entity serving children with severely crooked teeth and/or jaws. 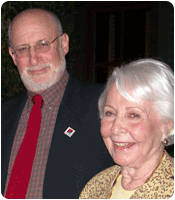 Since its inception in 1997, The Virginia Brown Community Orthodontic Partnership has evolved into Smiles Change Lives, a nonprofit organization which is now serving children nationwide. Smiles Change Lives manages outreach, marketing, applications, screenings, orthodontic treatment, case management and evaluation. Since 1997, thousands of children have been given new smiles, renewed hope and restored self-esteem. The Brown family continues to pave the way in creating access to orthodontic care with a cadre of staff, volunteers and more than 750 orthodontists nationwide.